Among all data masking software in the marketplace, only DataVantage Global® is designated as Qualified Anti-Terrorism Technology (QATT) by the United States Department of Homeland Security under the SAFETY Act (known officially as 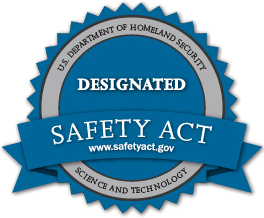 the Support Anti-terrorism by Fostering Effective Technologies Act of 2002). A QATT designation applies to technology designed and developed to detect, identify, prevent, deter and/or limit the harm from terrorist actions.

What Does QATT Mean for You?

One of the significant benefits to end users of technologies such as DataVantage Global that have been designated as Qualified Anti-Terrorism Technologies under the SAFETY Act is that if the technology is deployed by your organization against, in response to or during recovery from what the Department of Homeland Security has determined to be an Act of Terrorism and your organization's sensitive data is compromised as a result of a failure of the technology to perform, your organization receives immunity under the SAFETY Act from liability for third-party claims resulting from the breach. The liability protection afforded under the SAFETY Act applies to Acts of Terrorism both in the United States and in foreign countries if the terrorist act causes harm in the United States.